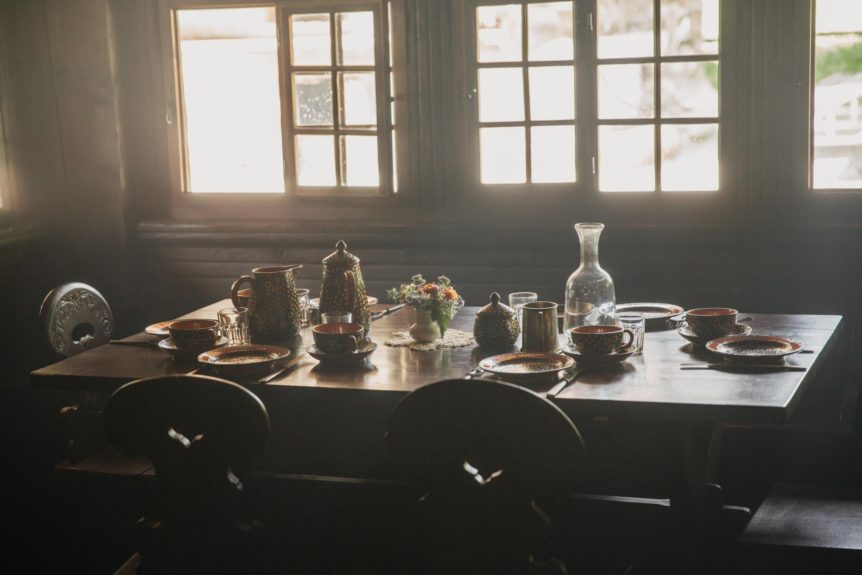 Later when Jesus was eating supper at Matthew’s house with his close followers, a lot of disreputable characters came and joined them. When the Pharisees saw him keeping this kind of company, they had a fit, and lit into Jesus’ followers. “What kind of example is this from your Teacher, acting cozy with crooks and riffraff?” Jesus, overhearing, shot back, “Who needs a doctor: the healthy or the sick? Go figure out what this Scripture means: ‘I’m after mercy, not religion.’ I’m here to invite outsiders, not coddle insiders.” Matthew 9: 10-17 (The Message)

Prisoners and ex-offenders love this story of Jesus as He chose to sit down and break bread with Matthew, a tax collector and his seedy companions that included prostitutes and other “sinners” in 1st Century Jerusalem. The religious elite, the church leaders, bristled and were offended at the idea that Jesus would sit down at a table and spend time with these nobodies…this riffraff. To eat with someone in Jesus’ day was an important thing, for it meant that the person accepting your invitation accepted you. Matthew was a Jew who worked as a tax collector for the Romans and therefore considered a traitor by his fellow Jewish people. Yet Jesus sat with him and ate.

We don’t really wonder too much why Jesus wanted to associate with the lower classes of people, for He makes it clear He was there to heal the sick. But do we ever look at this tale from another perspective? Why would the “sinners” want to sit down and eat with Jesus? Surely, they were curious about this man, but He was known to be a religious teacher. Every other religious leader would not make very good company, as they would likely point a finger and condemn these low class folks. So why would they want to have dinner with Jesus?

The answer is found in the way that Jesus dealt with the woman caught in adultery as recorded in John 8:7. There, Jesus challenges those without sin to cast the first stone at this woman. After the crowd disperses without throwing a rock at her, He is gentle, forgiving and kind. He is loving as He says to her, “Go and sin no more.” Not once does Jesus point the finger of accusation, or demand that she write out a long list of sins and a detailed plan as to how she will avoid sinning again. He doesn’t check up on her or make her feel like a slimy worm; something that is good for nothing. Jesus loves her, accepts her and challenges her to change by being gentle, compassionate and kind. How much do prisoners long for those same things and yet do not get them in their lives, both inside the walls and when they are released?

DHT 72 Hour Fund loves these people. They are never asked their crime or made to fill out a pledge to “never sin again.” DHT comes along side of each one and is the same “hands and face” of Jesus that He was to these people eating at Matthew’s house and with the adulterous woman. This is why Jesus attracted followers.

Do we attract followers to Jesus or do we repel them with accusations and judgment? “Let He who is without sin…”