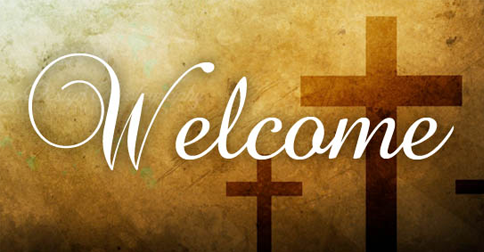 When Jesus was gathering His disciples, He would often say “Come and See” to them to encourage the men to investigate and observe something about which they were skeptical. As we enter into 2016, make a simple resolution to focus on one thing. That should be Jesus. Many of us are unsure about who Jesus really was…or is… In 2016 make it a point to Come and See Jesus.

You will know you have investigated Jesus thoroughly when you are left with two very difficult choices. One the one hand, your reading about Him will lead you to see that He claimed to be the Son of God, forgiver of sins, one with the Father and the ONLY way to salvation. Wow! That a tough resume to swallow. That’s like an office co-worker standing up at the office Christmas party and declaring that he is a cheeseburger!!  Probably take him to the emergency room ourselves or at least take his punch glass away from him.

On the other hand, you will see that Jesus had a remarkable effect on His disciples. Those men didn’t get mansions upon the death of Jesus.  None of them got a reality TV show, book deal or had Brad Pitt play them in the movie version of their lives. No! Every one of His followers went to difficult lives and violent deaths. Now, did they die for a lie? Or, most likely, did the disciples all go to their deaths because they saw the Risen Savior, believed in His Lordship and salvation and went willingly to their deaths because they knew Jesus…and knew He was the real deal? And, then, how does a person explain the 2000 years of Christianity around the world if Jesus was a lie?

The only thing that investigation of Jesus denies us is the cop-out where we say, “Jesus is a good man, lovely sayings, good ethics “. When we know the true historical Jesus, we must decide. He is either a liar, lunatic or Lord.